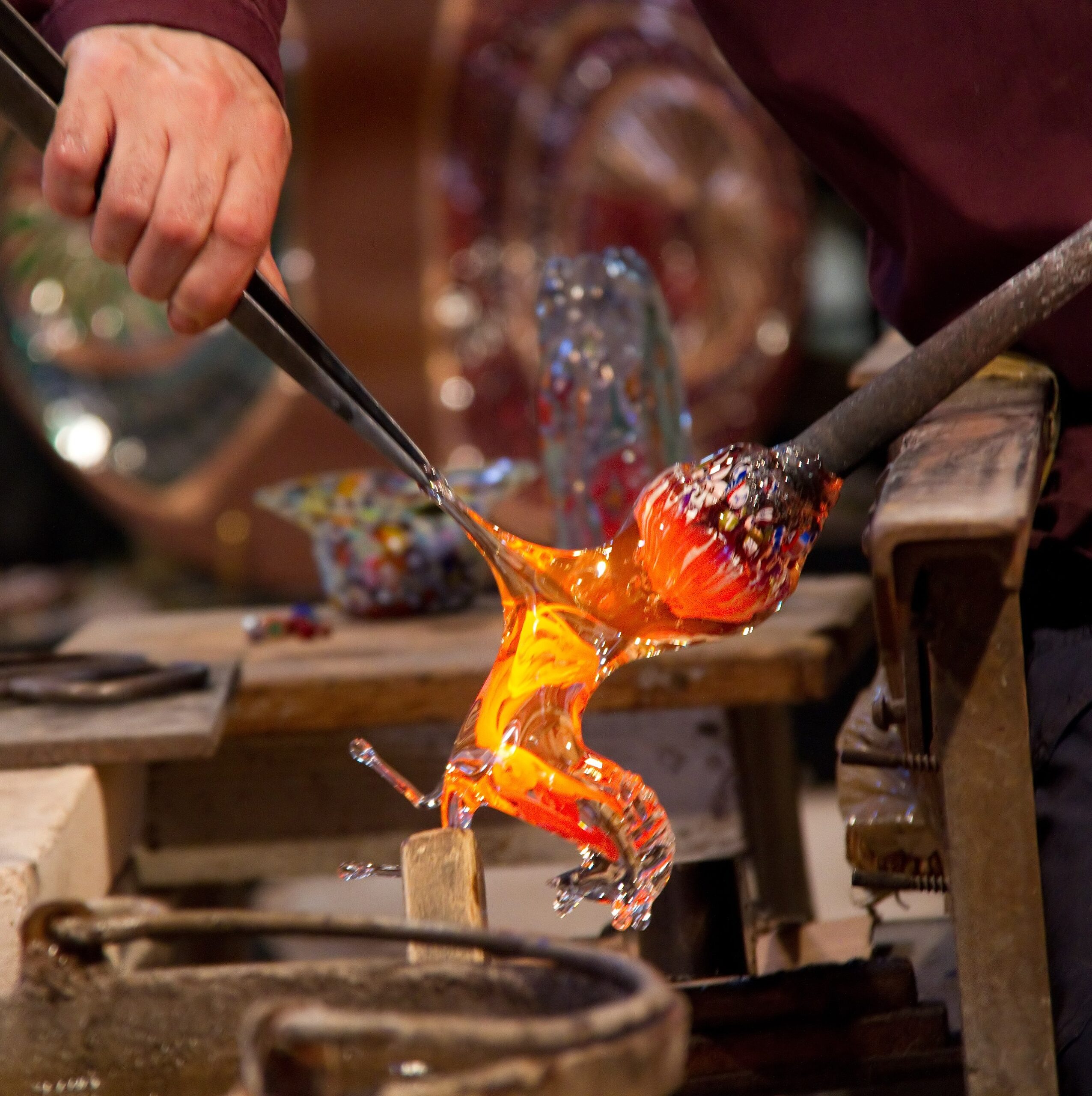 Venetian glass (Italian: vetro veneziano) is thought to have been made for over 1,500 years, and production has been concentrated on the Venetian island of Murano since the 13th century. Today Murano is known for its art glass, but it has a long history of innovations in glassmaking in addition to its artistic fame—and was Europe’s major glassmaking center from the Middle Ages through the Renaissance. During the 15th century, Murano glassmakers created cristallo—which was almost transparent and considered the finest glass in the world. Murano glassmakers also developed a white-colored glass (milk glass called lattimo) that looked like porcelain. They later became Europe’s finest makers of mirrors.

Originally, Venice was controlled by the Byzantine Empire, but it eventually became an independent city state. It flourished as a trading center and seaport. Its connections with the Middle East helped its glassmakers gain additional skills, as glassmaking was more advanced in areas such as Syria and Egypt. Although Venetian glassmaking in factories existed as far back as the 8th Century, it became concentrated in Murano by law, beginning in 1291. Since glass factories often caught fire, this removed much of the possibility of a major fire disaster for the city. Venetian glassmakers developed secret recipes and methods for making glass, and the concentration of Venice’s glassmaking on the island of Murano enabled better control of those secrets.

Murano became Europe’s elite glassmaking center, peaking in popularity in the 15th and 16th centuries. Venice’s dominance in trade along the Mediterranean Sea created a wealthy merchant class that was a strong connoisseur of the arts. This helped establish demand for art glass and more innovations. The spread of glassmaking talent in Europe eventually diminished the importance of Venice and its Murano glassmakers. The occupation and dissolution of the Venetian state by Napoleon Bonaparte in 1797 caused more hardship for Murano’s glassmaking industry. Murano glassmaking began a revival in the 1920s. Today, Murano and Venice are tourist attractions, and Murano is home to numerous glass factories and a few individual artists’ studios. Its Museo del Vetro (Glass Museum) in the Palazzo Giustinian contains displays on the history of glassmaking as well as glass samples ranging from Egyptian times through the present day.

No products were found matching your selection.