Metlox Pottery was founded in 1927 by Theodor C. Prouty and his son Willis Prouty, originally as a producer of outdoor ceramic signs. After the death of T.C. in 1931, Willis renamed the company Metlox Pottery (“Metlox” is a combination of “metal” and “oxide,” a reference to the glaze pigments), and began producing dinnerware. The Metlox Manufacturing Company was incorporated 5 October 1933.[1] Evan K. Shaw, of American Pottery in Los Angeles, purchased Metlox from Willis Prouty in 1946.[2] After Shaw’s death in 1980, Kenneth Avery became the president of Metlox.[2] The first line of pottery produced, “Poppytrail,” became well known for its brightly colored glazes derived from locally mined metallic oxides. Subsequent lines included “Nostalgia,” “Red Rooster,” “California Provincial,” “Colonial Homestead,” “Homestead Provincial,” and “Colorstax.”

In the 1950s Metlox introduced a line of modernist dinnerware featuring free form designs and squared plates using “blanks” that were then decorated with designs and colors. These were then marketed under the pattern names of “California Contempra”, “California Modern” and “California Freeform” names.

Metlox’s incorporation was terminated on 4 January 1988. The pottery factory closed in 1989 after 62 years of operation. Metlox’s 97,000-square-foot (9,000 m2) former site is now occupied by Shade Hotel and other businesses.[3]

On 21 June 1989, the Los Angeles Times reported lead and other dangerous heavy metals that were byproducts of the pottery-making process had been dumped for years into a 60-by-40-foot open-air pit on the plant property at Manhattan Beach Boulevard and Valley Drive. Officials said it could take at least two years for the mess to be cleaned up. 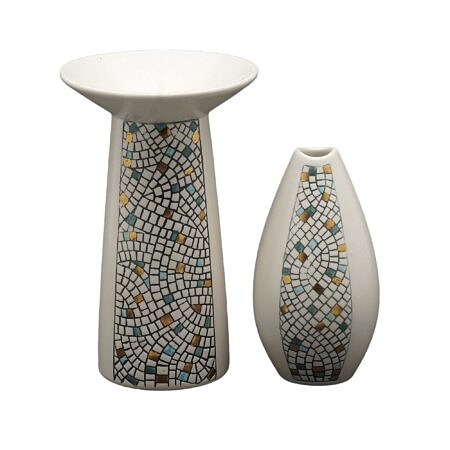