Art Nouveau (French pronunciation: ​[aʁ nuvo], Anglicised to /ˈɑːrt nuːˈvoʊ/) is an international style of art, architecture and applied art, especially the decorative arts, that was most popular between 1890 and 1910. A reaction to the academic art of the 19th century, it was inspired by natural forms and structures, particularly the curved lines of plants and flowers.

English uses the French name Art Nouveau (new art). The style is related to, but not identical with, styles that emerged in many countries in Europe at about the same time: in Austria it is known as Secessionsstil after Wiener Secession; in Spanish Modernismo; in Catalan Modernisme; in Czech Secese; in Danish Skønvirke or Jugendstil; in German Jugendstil, Art Nouveau or Reformstil; in Hungarian Szecesszió; in Italian Art Nouveau, Stile Liberty or Stile floreale; in Norwegian Jugendstil; in Polish Secesja; in Slovak Secesia; in Russian Модерн (Modern); and in Swedish Jugend.

By 1910, Art Nouveau was already out of style. It was replaced as the dominant European architectural and decorative style first by Art Deco and then by Modernism.

Art Nouveau took its name from the Maison de l’Art Nouveau (House of the New Art), an art gallery opened in 1895 by the Franco-German art dealer Siegfried Bing that featured the new style. In France, Art Nouveau was also sometimes called by the British term “Modern Style” due to its roots in the Arts and Crafts movement, Style moderne, or Style 1900. It was also sometimes called Style Jules Verne, Le Style Métro (after Hector Guimard’s iron and glass subway entrances), Art Belle Époque, and Art fin de siècle.

In Britain, it was known as the Modern Style, or, because of the Arts and Crafts movement led by Charles Rennie Mackintosh in Glasgow, as the “Glasgow” style.

In Italy, because of the popularity of designs from London’s Liberty & Co department store, it was sometimes called the Stile Liberty (“Liberty style”), Stile floral, or Arte nova (New Art).

In the United States, due to its association with Louis Comfort Tiffany, it was often called the “Tiffany style”.

In Germany and Scandinavia, a related style emerged at about the same time; it was called Jugendstil, after the popular German art magazine of that name. In Austria and the neighboring countries then part of the Austro-Hungarian Empire, a similar style emerged, called Secessionsstil in German, (Hungarian: szecesszió, Czech: secese) or Wiener Jugendstil, after the artists of the Vienna Secession.

In Catalonia the related style was known as Modernisme; in Spain as Modernismo, Arte joven (“young art”); and in Portugal Arte nova (new art). In Russia, it was called Modern (Модерн ар-нуво), and Jugendstil (Югендстиль), and Nieuwe Kunst (new art) in the Netherlands.

Some names refer specifically to the organic forms that were popular with the Art Nouveau artists: Stile Floreal (“floral style”) in France; Paling Stijl (“eel style”) in the Netherlands; and Wellenstil (“wave style”) and Lilienstil (“lily style”) in Germany. 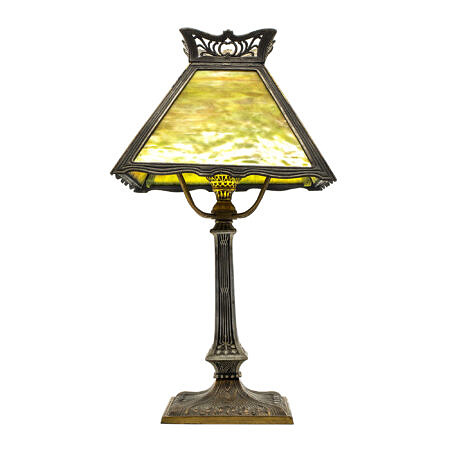