Skip to content
Product Inquiry
Interested in this product?  If you have any questions we're here to help. Send us your questions and we'll respond within 24 hours. 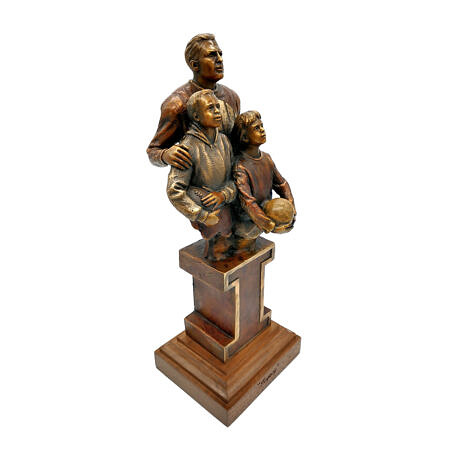 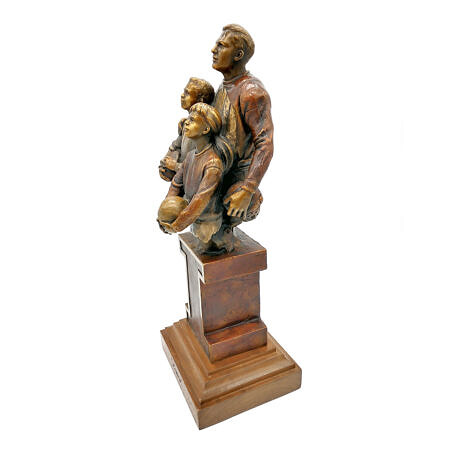 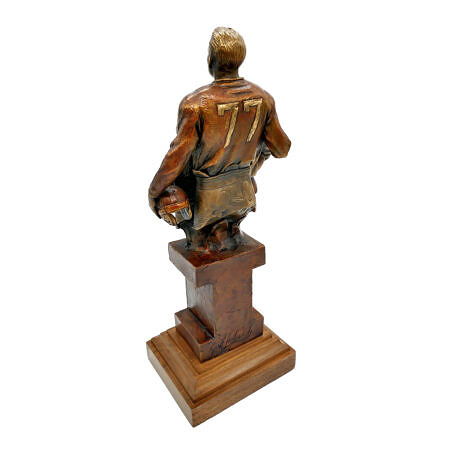 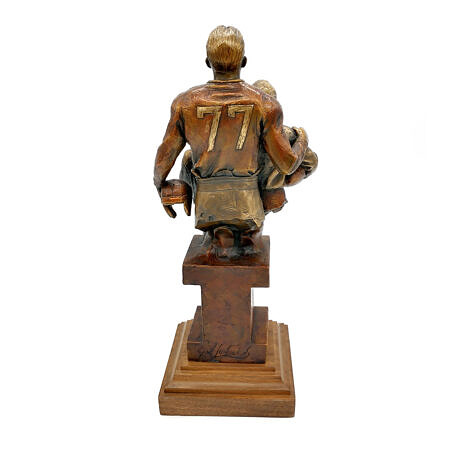 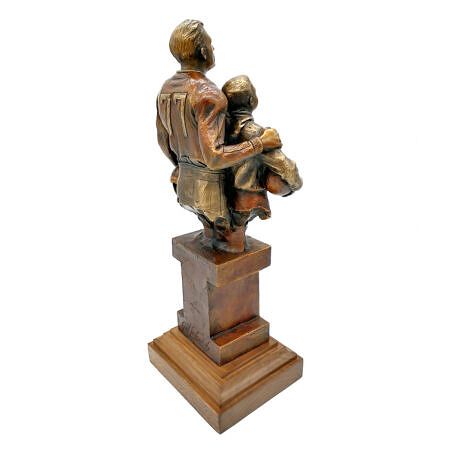 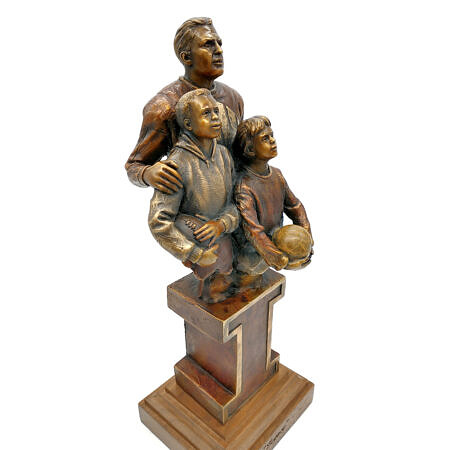 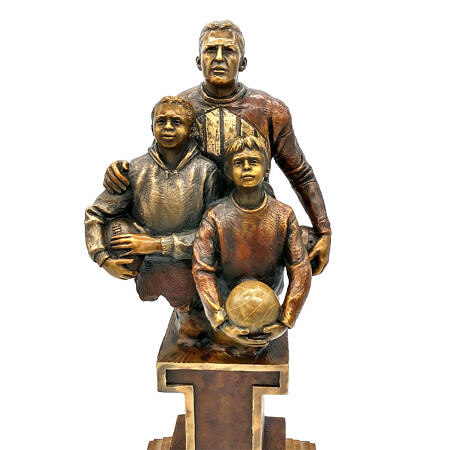 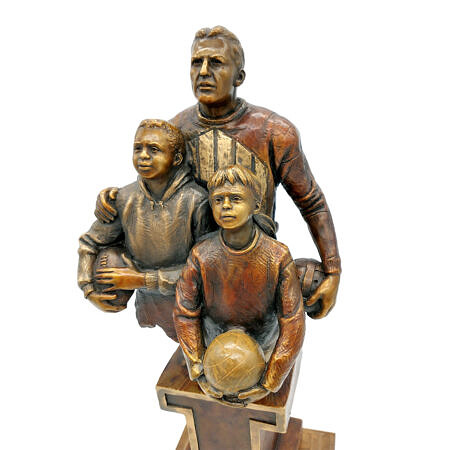 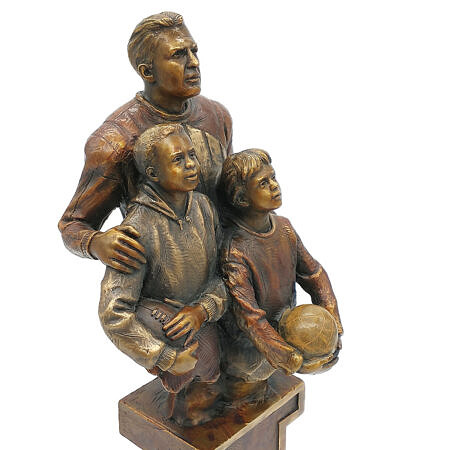 For your considering is this rare bronze sculpture by George Wayne Lundeen, depicting Harold Red Grange (#77) with two young athletes. One is a girl holding a basketball, and the other is a boy holding a football. The sculpture is titled ‘Legacy’ and the title is carved into the wood base. The bronze is signed GW Lundeen on the rear side. Lundeen has been commissioned by the University of Illinois for multiple works including the larger than life statues of the Galloping Ghost in front of the Memorial Stadium, and of Duck Butkus in front of the practice facility.

Harold Edward “Red” Grange, nicknamed “The Galloping Ghost” and “The Wheaton Iceman”, was an American football halfback for the University of Illinois, the Chicago Bears, and the short-lived New York Yankees. His signing with the Bears helped legitimize the National Football League.